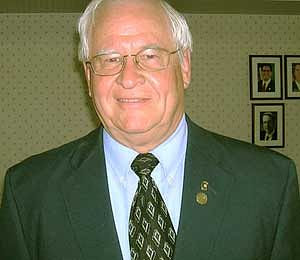 VG: Pat, congratulation on you appointment as State Party Chairman. I remember when you became Fairfax County Chairman in the 1990’s. Then, like now, you took over a divided party, coming off a losing streak. Do you see any similarities between then and now?

PM: There are some parallels, but some differences. Yes, it is true we were coming off a string of defeats, and the media was declaring us dead. Also, when I took over as Chairman we didn’t have much money.

However, there are some differences, if you remember; the county party was divided between conservatives and moderates. Once elected Chairman I reached out to my moderate opponent’s supporters, and worked to unify the party. In the current situation the state party is unified for the most part. Now there are some of Jeff Frederick’s supporters that feel let down by what happened, but I think we can heal the rift.

VG: What must our Party do to start winning again in Northern Virginia?

PM: First let me say that contrary to what the media says, social conservatives and fiscal conservatives aren’t afraid of each other. And for the most part can work together. I think we win in Northern Virginia by talking about taxes, spending and the need to control the growth of government.

VG: In the General Election do you expect Obama to spend much time on the campaign trail?

PM: Absolutely. There are only 2 gubernatorial elections this year. So it is very important, and since Obama is the first Democrat to carry Virginia in over 40 years I think the Democrats believe he is an asset, and heck Obama doesn’t have far to go to campaign in Virginia, just across a river. I expect him to make several visits to northern Virginia, several in tidewater, and maybe Roanoke.

PM: There will be a lot of National Democrat money coming into the state, especially if Terry McAuliffe is the nominee. In fact both Moran and Deeds have attacked McAuliffe over his out of state fundraising, but I am confident we can raise enough money to get our message out and win in November.

VG: Like me I understand you are a big Redskins fan. Any prediction on how they will do this year?

PM: Yes, I have been a Redskin fan since the Sonny Jorgensen and George Allen years, so I guess you could say I am a diehard Skins fan. How will they do this year? Well, I think at this time of the year we always start talking about a Superbowl, but realistically I think 10-6 and a wild card bid is possible. A lot of it depends on Jason Campbell doing well.

VG: Thanks for taking my questions and good luck.

PM: Thank You, my pleasure.

Photo by The Richmond Times Dispatch
Posted by The Virginia Gentleman at 6:45 AM