My Interview with Susan Allen 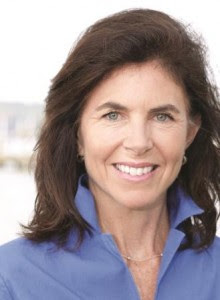 Mrs. Susan Allen is a former first lady of Virginia and the author of a great new book, The Remarkable Ronald Reagan.


Virginia Gentleman: What made you decide to write a children’s book about Ronald Reagan?

Susan Allen: “The Remarkable Ronald Reagan is a new book geared towards elementary
age children to fulfill the need of reaching these younger readers to
teach them about dreaming big and working hard to achieve their goals.
We also saw a need to provide a strong reference book on our 40th
President that could be used in schools to make sure students
understand the incredible impact Reagan had on our Nation and the
World.”

Virginia Gentleman: What is the age range for this book?

Susan Allen: “The Remarkable Ronald Reagan is appropriate for elementary age
readers but we have found that even adults learn something new about
President Reagan and his life when they read the book! We try to
share Ronald Reagan's optimism too.”

Virginia Gentleman: Do you have a favorite Reagan story from the book?

Susan Allen: “Ronald Reagan lived the quintessential "American Dream". His life
began in small town Illinois and he worked hard and set goals to
accomplish all of his dreams -- including one day owning a Ranch
(Rancho del Cielo) where he could ride horses anytime he so desired.
One of the interesting stories about Reagan is his friendship with
Mikhail Gorbachev. 26 years ago, President Reagan gave a bold speech-
telling Gorbachev to "Tear down this wall" - a wall that separated
free men and women from those being held back by Communist rules and
dictates. Reagan can be credited with contributing to the end of
Communism. What is unique about this story is that Reagan and "Gorby"
became friends and President Reagan even invited him to the Ranch in
Calif- a place where only family and friends would come to visit. A
wonderful illustration (by Leslie Harrington) shows Reagan and
Gorbachev together at Rancho del Cielo wearing cowboy hats. It is
interesting to note that 2 strong leaders with opposing views were
able to develop a friendship that did indeed impact the world.”

Virginia Gentleman: I know the book was just published, but what has the response been like so far?

Susan Allen: “The response to the launching of The Remarkable Ronald Reagan has
been fantastic! Most people are excited to see this book as an
introduction to new young readers who need to know the story of Ronald
Reagan. Scholastic books has purchased 10,000 copies to sell in
schools across the country this fall. We hope the momentum continues
in order to share the life story of our 40th President.”

Virginia Gentleman: Now you actually got to meet Ronald Reagan years ago. What was that like?

Susan Allen: “In 1987 I had the privilege of meeting Ronald Reagan in the Oval
Office. I accompanied my husband, George Allen, and his parents Etty
and NFL Coach, George Allen. Coach Allen was serving as Chairman of
the President's Council on Physical Fitness at the time and was making
a presentation to the President. Ronald Reagan put everyone at ease
and was such a warm and friendly person. He and Coach Allen had a
long friendship as Reagan was a huge sports fan. Ronald Reagan had
played many different sports himself, including football at Eureka
College. As Governor of California, Reagan would visit the LA Rams
practices when my father-in-law was head coach. The Allens were
impressed that an elected official would show interest in practices,
not just the games. Ronald Reagan called my husband in 1976 to ask
him to chair, Young Virginians for Reagan, to help in his presidential
bid for the republican nomination-- and thus began my husband's
introduction to organized politics and his foray into public
service.”

Virginia Gentleman: What are some main lessons children and all of us for that matter can learn from Ronald Reagan?

Susan Allen: “There are many lessons to be learned from The Remarkable Ronald
Reagan. The overarching theme of "dreaming big, and working hard" to
achieve your goals is a lesson to be shared with young people who need
encouragement to think about what they want to do when they grow up.
Ronald Reagan's skills as the "Great Communicator" were achieved
because of the constant reading he did and the honing of his skills in
debate club, on stage and giving speeches. In today's world of fast,
instant communication, we need to remind students of the importance of
thoughtful, well stated and clear communications that can be derived
from mastering the English language through reading and writing. One
other key lesson that we want young people to understand is that you
can have your beliefs and disagree with someone, but you can still
remain friends. Diplomatic relations can be taught and practiced at
the earliest of ages! These characteristics, and more, truly made
Ronald Reagan a Remarkable man and a Remarkable President!”

Posted by The Virginia Gentleman at 10:53 AM